In 2011, the cult hit Nier released. While it was neither a commercial nor critical success, the series saw an influx of new fans with the massively beloved and critically acclaimed Nier: Automata. The original Nier is now getting a remake, titled Nier: Replicant. This means that a whole lot of people are about to experience this wonderful game for the first time. However, if you’re new to the game, the differences may confuse you. Nier: Replicant has little to do with Nier: Automata beyond a few recurring characters. Besides that, a good deal of narrative elements has been changed.

If you’re new to Nier, or just want to see what the difference between the original Nier and the remake Nier: Replicant are, here is a quick primer on the characters of Nier: Replicant.

Technically, you could choose the name of the protagonist of the game, but everyone calls him Nier for obvious reasons. Nier is the hero of the story. Newcomers or casual fans may be confused as to why Nier looks so different since, in the original game, Nier was a grizzled old man with a deep voice as opposed to the baby-faced twink he is now. The reason for this is because, in Japan, there were actually two versions of the game released, while only one version was released in the west. The version we received was called Nier Gestalt, in which Nier -often affectionately called ‘Papa Nier’ by fans- was a father taking care of his only daughter, Yonah. The other version was Nier RepliCant, which featured a younger, far more handsome Nier -often called Brother Nier- who had Yonah as a younger sister rather than as a daughter. This change was made due to hopes that the father version of Nier would sell better in the west, as the father archetype sells better here. Just look at everything from The Last of Us to the newest God of War.

Sadly, for fans of Papa Nier, it does not look like he will be in the game, though rumors have come up that he may be in extra content if the game sells well. One of the interesting things to note is that Brother Nier is the ‘canon’ Nier. The events of Nier: Automata take place after those of RepliCant rather than Gestalt and there are numerous points in Gestalt where you can tell the story was made with a younger character in mind, particularly where he dramatically declares himself to be friends with Kaine. With this Nier, western fans will be getting a fuller version of the story.

Kaine is a fan favorite, a foul-mouthed yet kind woman who teams up with Nier on his adventures to help save his sister/daughter. Kaine is a very compelling character who is made only more charming by the voicework of Laura Bailey. In fact, the first sentence you hear in this game is a black screen while you hear Kaine cursing at the top of her lungs. It’s one of my personal favorite introductions of a character in video games.

Also important to note is that Kaine herself is intersex. In the original game, there was a noticeable bulge in her pants, though the western version toned this down for fear of controversy. It should be noted that, by all evidence in the game, she still identifies as female. Game Designer Yoko Taro made it clear that this was an intentional choice to include a character like this because they are people who exist and should be acknowledged in stories. What’s concerning is that in the remake, they have softened her face and the bulge is much smaller. From what it seems, this seems to largely be a ratings issue. They need to avoid the game receiving an AO but, hopefully, Kaine’s situation will still be representative of an oft-overlooked group of people.

Grimoire Weiss is a floating magical sentient spellbook of mysterious origin. Gameplaywise, he provides Nier with his magical abilities and, in the plot, he provides a mystery regarding his origin. This article is trying to be as spoiler-free as possible, but suffice to say that the revelations do not disappoint. Grimoire Weiss is a chatty, loquacious, and very sarcastic companion. With the introduction of the more baby-faced Nier, his sardonic wit will probably provide more of a contrast.

Weiss, much like Kaine, is charming in his acerbic wit. However, he provides a more witty level than Kaine’s vulgarity. This means that the two get to bounce off each other in a very entertaining and satisfying way. It’s yet to be seen how much more, if anything, will be revealed about such a wordy book.

If you’ve played Nier: Automata, you’ll know Emil as the quirky traveling shopkeeper with a number of extended side quests that ended with a secret boss that was probably the game’s hardest fight. He’s one of the two strongest connections between Nier: Automata and the original Nier. Fortunately, for Nier fans, this will provide context for his background for his very emotional side quests.

When we first meet Emil, he’s a young boy living in a spooky mansion. Over the course of the game, you see him transform more and more to look like what he does by the time we come to Nier: Automata. Also worth noting is that Emil himself is canonically gay. In the original Japanese version, this is more apparent to players in the RepliCant version where Emil develops a crush on the younger Nier. Hopefully, this material will be kept in the remake to provide both representation and more context to the psychology of an interesting character.

The second-largest connection between Nier and Nier: Automata is these two. Along with Emil, Devola and Popola are the two other recurring characters of the franchise. If you’ve already played Nier: Automata, then you know the big plot twist concerning these two characters. However, that late-game event won’t be covered in case you want to avoid spoilers. In this game, they’re both residents of Nier’s hometown. Popola is an administrator at the town’s library while Devola is a cheerful girl who sings in the town square, though she doesn’t know the words to the songs she sings. I’m sure those of you who listen to Vocaloid songs can relate.

The big question about this game is whether it will change anything about these characters’ stories, particularly in relation to Nier: Automata. The chance of expanding or providing more context to these characters will be welcome. Nothing in the Nier franchise is particularly happy, but Devola and Popola represent a tragedy spanning two games, so examining their characters in a fuller context would be welcome.

Nier’s daughter/sister Yonah, unfortunately, is not a particularly interesting character. She largely exists as a motivation for Nier and his ragtag group of friends to go on an adventure and rescue her. Certainly, she is the centerpiece to some fantastic plot twists, but they all happen around her or in relation to her rather than because of her. It’s very possible that her role will be expanded in this new game, but just as likely that she will still largely be a damsel to be rescued rather than anyone with their own agency.

The main difference will be how her relationship manifests when Nier is her brother rather than her father. Functionally, it will probably be very similar, but there will be small differences that many will no doubt look forward to.

2B and 9S never showed up in the original Nier. However, Japanese voice actors Yui Ishikawa and Natsuki Hanae will be returning to voice new characters in the game. While it’s been stated that these characters will not be 2B and 9S but rather new characters, the presence of these voice actors invites questions about their role. Will these characters have some connection to the fan favorites or will this simply be a red herring? Game designer Yoko Taro is known for his meticulous world-building and having numerous layers to his storytelling. However, he is also known for messing with players’ expectations and emotions. This may also simply be a red herring or perhaps we could meet other androids similar to 2B and 9S. The only thing that we can be absolutely certain of is that the game will subvert our expectations. 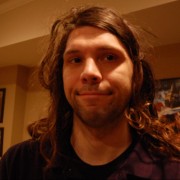 5 Best Visual Novels on Steam You Should Play